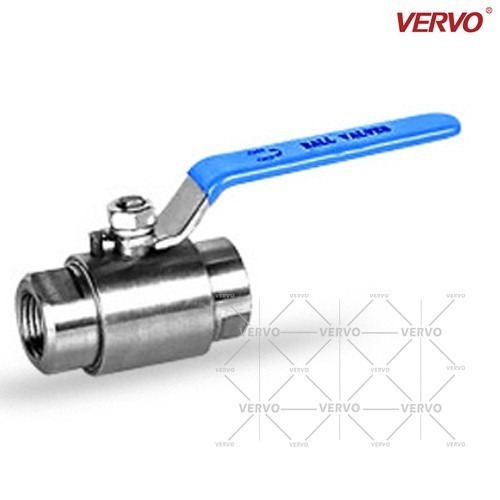 VERVO floating ball valves are offered in 2 PC side entry, 3 PC side entry or welded body design in a wide range of carbon, stainless steel, duplex stainless steel, alloy and other special materials. VERVO floating ball valves are manufactured according to API 6D or API 608 Design and fire tested per API 6FA and API 607 Standard.

A ball valve is a valve with a spherical disc, the part of the valve which controls the flow through it. The sphere has a hole, or port, through the middle so that when the port is in line with both ends of the valve, flow will occur. When the valve is closed, the hole is perpendicular to the ends of the valve, and flow is blocked.

The valve stem is made with a shoulder at the bottom end. It’s securely retained by the valve body, to avoid that the stem, under certain operating conditions, accidentally blows out. Other designs are available on request.

Because the ball and stem in a ball valve are suspended on non-metallic parts, i.e. the seat seal and stem seal, there is a possibility a static charge may build up on the stem-ball, a mechanical (antistatic metal spring and ball) is introduced in the design to maintain the metal-to-metal contact between the rotating ball/stem and the valve body which will ground any charges to the valve body.

During a fire, non-metallic soft material will be burnt, subsequently seat leakage or external leakage may occur and cause the fire to spread or contaminate the environment. VERVO ball valves are fire tested in accordance with API 6FA or API 607 witnessed and certified by the third part lab